Since its launch, the EDEN electric Méhari has sparked unprecedented enthusiasm and interest from both the general public and the media.

During the few weeks since deliveries of the first models, EDEN has been received major coverage from leading publications such as Auto Journal (6 pages), VSD (a two-page spread) and The Good Life (4 pages), following on from the many articles having already been featured in media for vintage car lovers such as Gazoline, 2CV Magazine, Deuche & Méhari Magazine, Chevronnés and Planète 2CV. 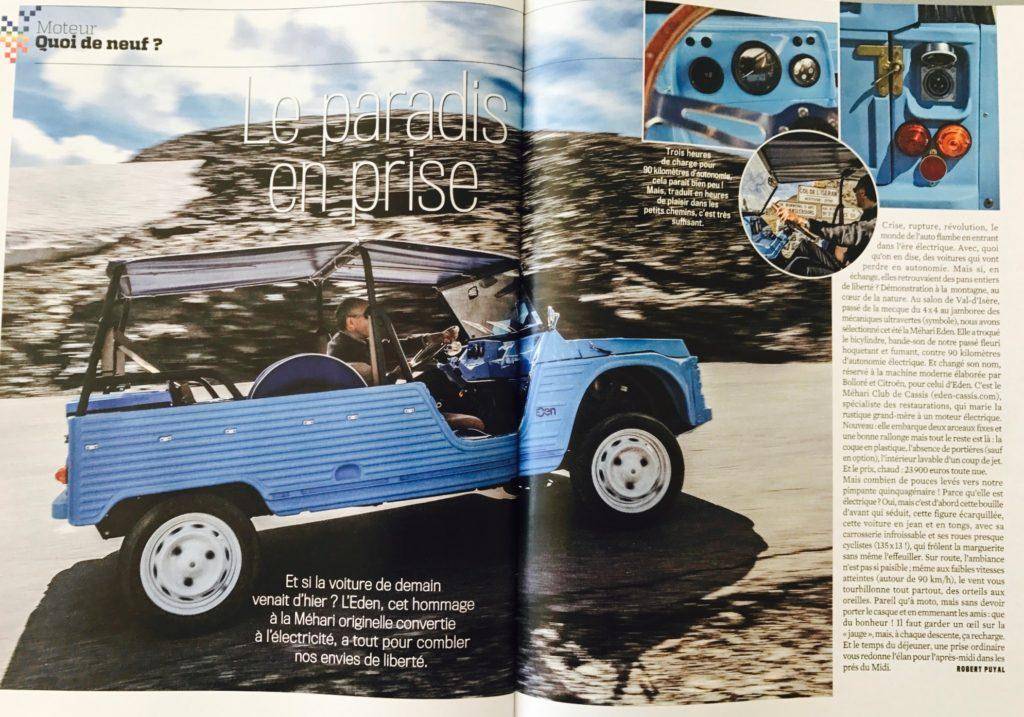 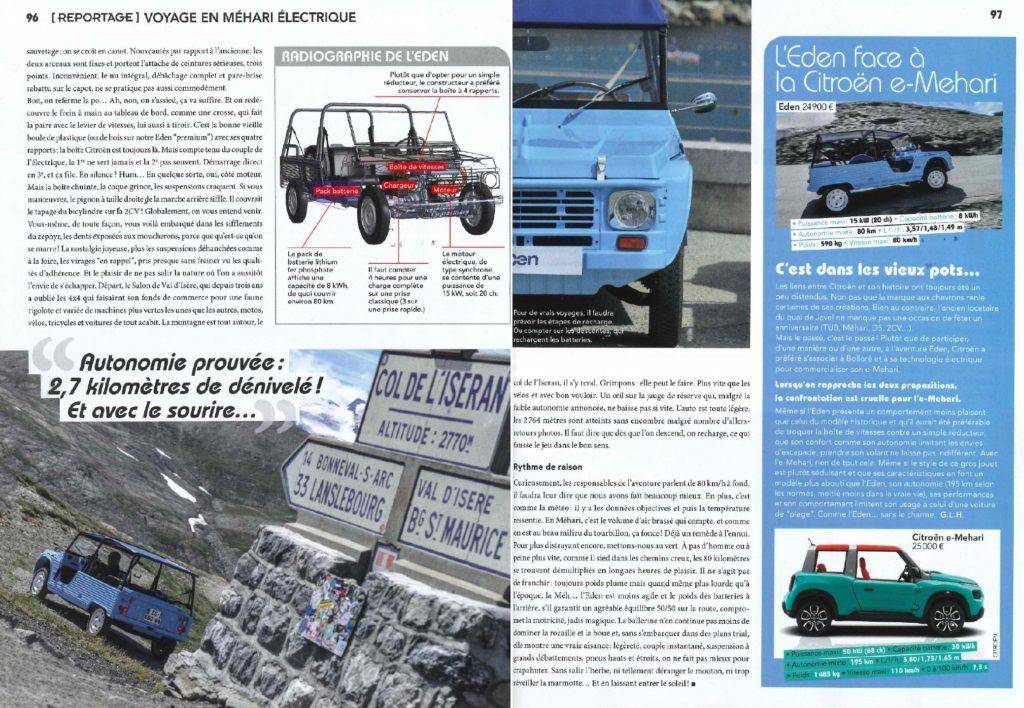